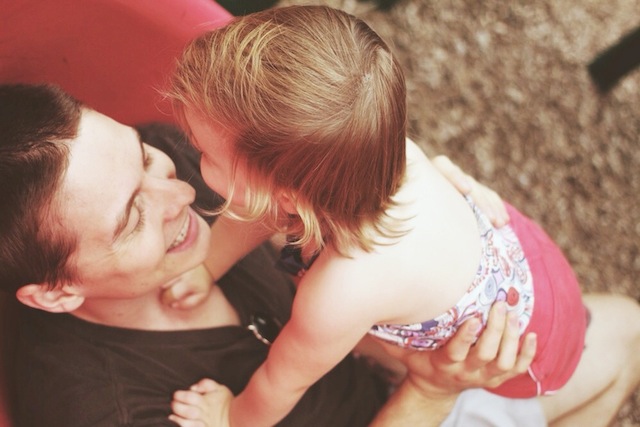 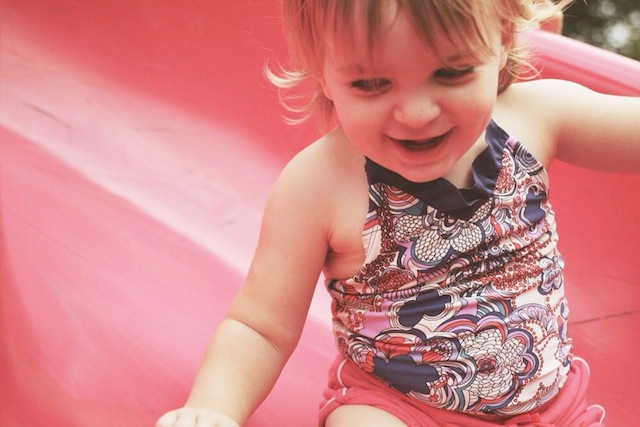 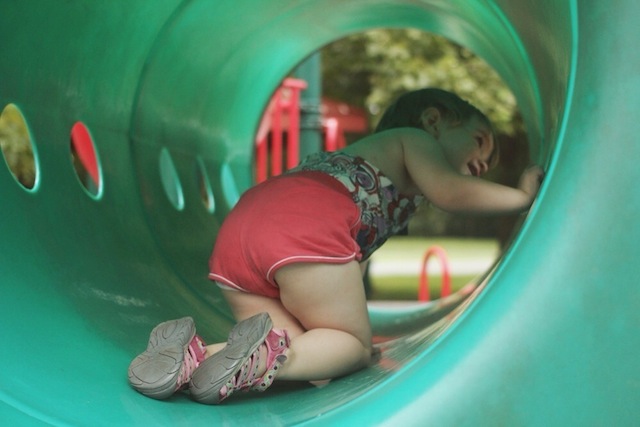 M is a little talker.  I used to get in trouble for talking too much in school.  And David is a talker too... maybe not in a "get in trouble at school" way, but in a "i like to tell long stories" and conversation engager kind of way.  So M is just set up to be a talker.  I talk a mile a minute and apparently some might say mumble a bit too much.  I still hold that I talk quite clearly and that people's ears just aren't fast enough for my advanced efficiency of speech...  the verdict is still out.

Over the last couple weeks some of M's self made words have bee morphing into real words and adding them to her list of fluency.  I need to write down the words from her own language so I don't forget.  Like "eattas" has always meant raisins, until yesterday when she called them "esins."  Not quite the full word, but so close.

We told her yesterday evening that we were going to the park.  We asked her what she wanted to wear since she was in pseudo-pjs all day after church.  "my suit!" she kept saying -- although we had no idea what she was saying, if it was a word or not.  She grabbed David's face in her hands knowing that he didn't understand and said the word "suit" in a handful of different inflections and speeds to try to facilitate understanding.  Finally I asked her... "You wan't to wear your bathing suit?!"

ding ding ding!  Cue the happy child dance.  Her eyes lit up (and maybe rolled a little bit?) that we finally understand.  "Duh. of course -- i only said it 15 times! but yes, finally I feel understood!"  So sure, why not, we put on her suit.

We pulled up to the park and from the back seat we hear "No.... water!  Water Park!"  Well of course we should have known that in the request to wear her suit she actually meant "Please Mom and Dad if it is okay with you, I would like to put on my bathing suit and go to the water park."  Again - duh parents right??

So she was a bit disappointed as we got out of the car that there were no giant water fountains or places to splash.  But this girl, in her bathing suit, squealed and ran and swung and slid and raced until we had to pry her little fingers off the jungle jim and back into the car.  Where she than began chatting away with a recap of her time at the park and what would have for dinner.