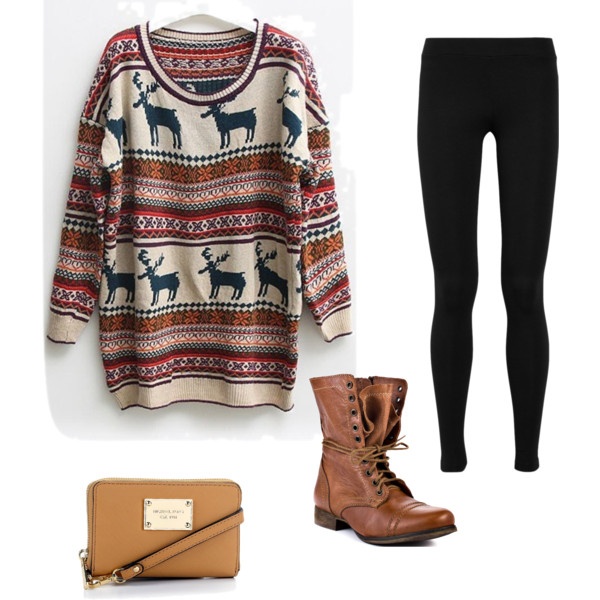 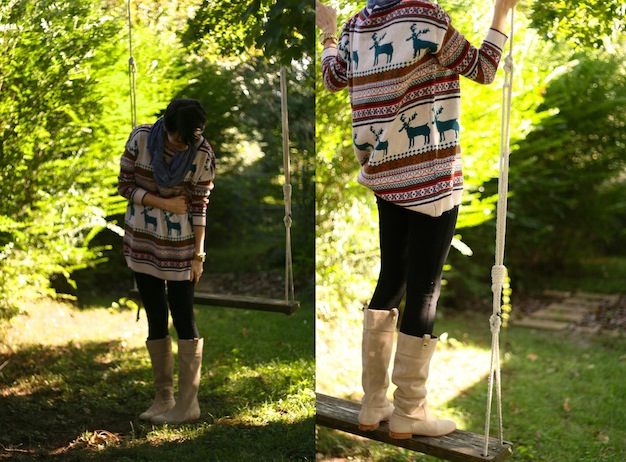 So... I first saw this oversized moose nordic sweater on pinterest.  i wanted it.  like had-to-have-it-even-though-winter-was-months-away had to have it.  OASAP sent it on over & I was pumped.  Especially since I just finished watching the whole series of Felicity on netflix and all that girl did was wear giant sweaters! -i digress- anywhoo... back to the sweater at hand! It's cute & it's cozy.... one problem -- I have no idea how to style it.  {Honest truth: I have attempted outfit pics in this sweater three separate times.  And as you can see I don't have much to show for it.  I mean mayyyybe it is because anyone would feel silly wearing a giant sweater in September, But...}

I need your input.  What would you wear an oversized sweater with.  How is one "supposed" to style it? As the winds get crisper will you be rocking the giant sweater?

---
linking up with wiww @ pleated poppy