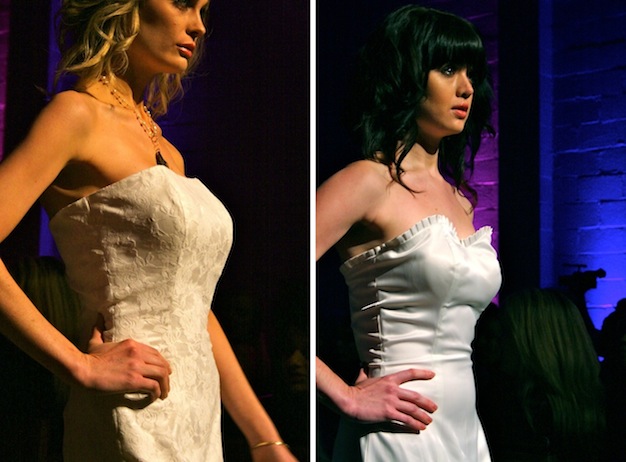 I was so excited to get invited to one of the nights of the first Nashville Fashion Week!  Having never been to a real fashion show, I had no idea what to expect.  Each night of the week long event was held in a different location -- Thursday night was actually in a church just down the road from me.  The lights and runways were so cool, I totally forgot I was in a church.
First up for the night was Olia Zavozina (designs featured above).  Olia does high fashion bridal gowns and men's wear and is in the process of launching the Royal Elegance Collection for retailers. 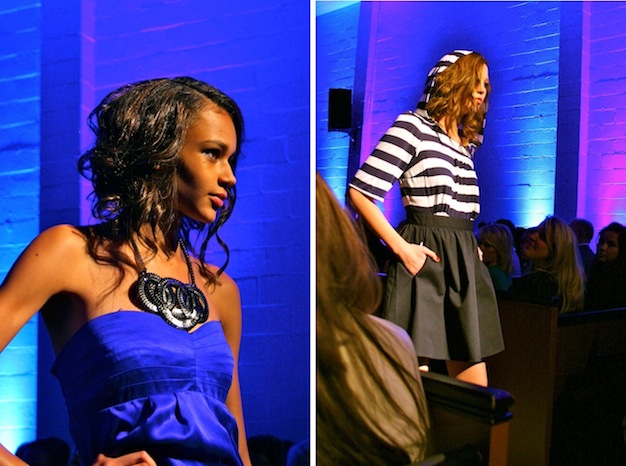 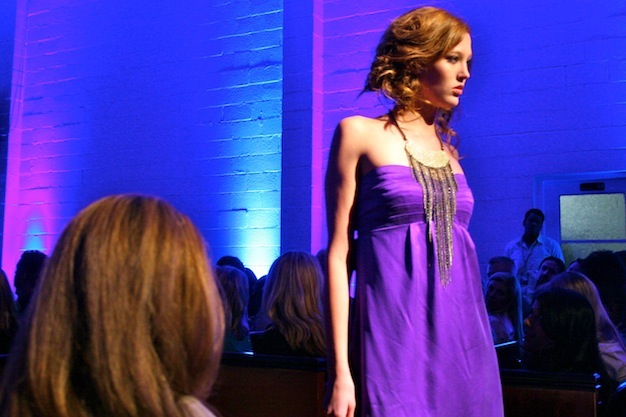 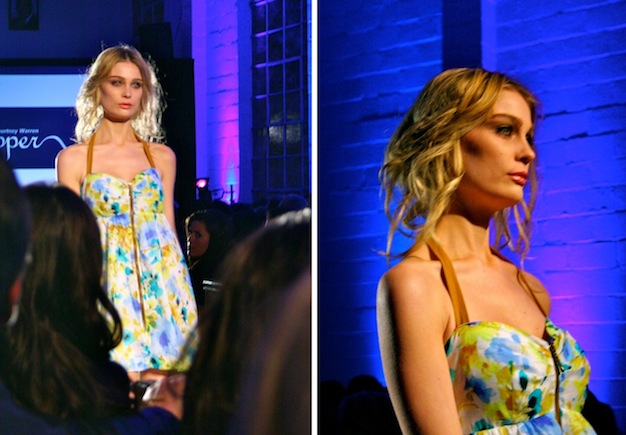 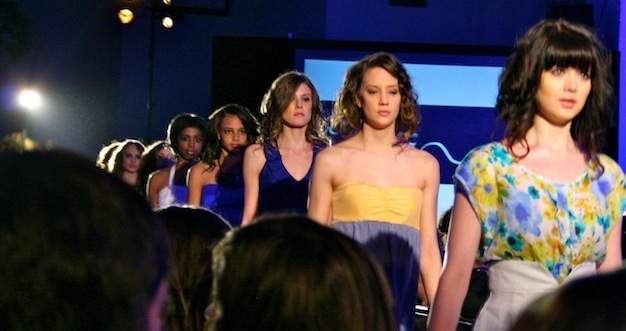 I was totally in love with Courtney Warren's Cooper line -- so colorful and totally wearable.  My sister-in-law actually used one of her designs as her bridesmaid dresses last summer.  "Warren has said it is her goal to ' create a dress that makes every woman feel sexy and beautiful.'  She named all the pieces in the line after friends and family, a tribute to their support for her work." [quote from NFW2011]

Above 3 designs are part of the White Rabbit line by Nashville designer Shea Steele.
The Main Event... 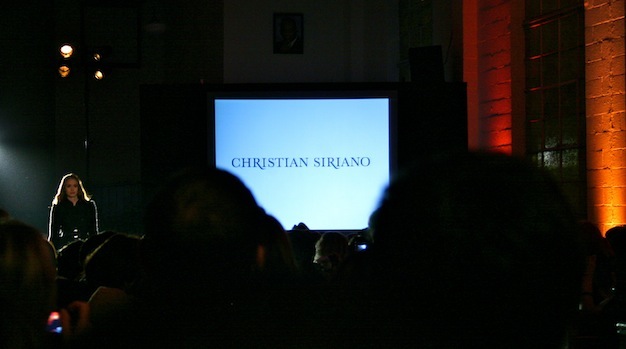 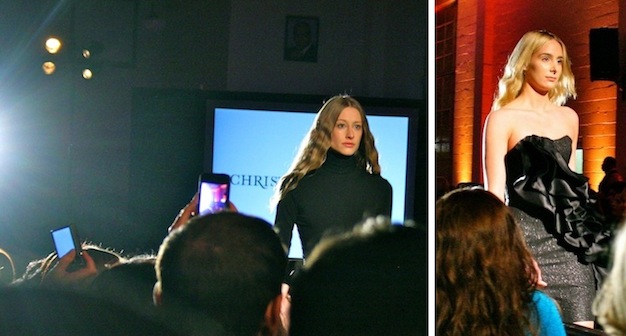 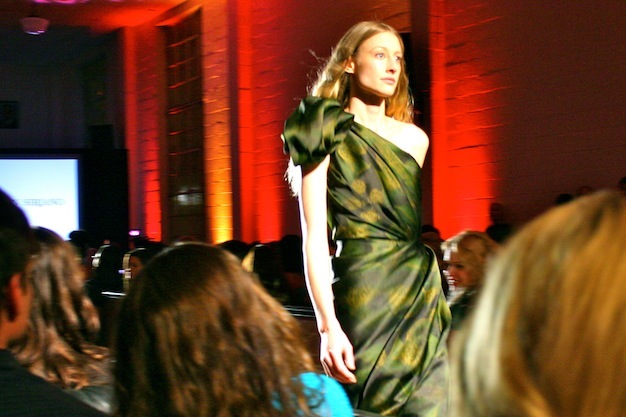 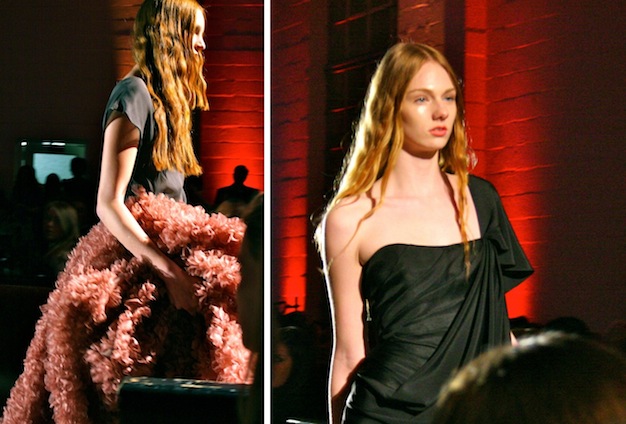 Christian "Fierce" Siriano!  Winner of the 4th season of Project Runway (you know you loved him).  Can't believe he is only 25.  He has definitely become big time since his win - lots of celebs are wearing his designs, including Rhiana & Mad Men's Christina Hendricks.  His lines are sold in Neiman Marcus and Saks 5th Avenue & internationally from Dubai to Russia!  Not to mention he had six collections shown at NYC fashion week.
His models were really hard to take pictures of -- they were walking so fast and I wasn't using flash.  He didn't walk out during the final pass, but he did poke his head out for point two seconds and I got a glimpse of his signature black flat ironed and hair sprayed locks.
I had so much fun!  Have any of y'all ever attended fashion week anywhere?  This was obviously no NYC Fashion week, but hey -- it's Nashville's first and I thought they rocked it!

{all pictures are my own, designer information from NFW2011}