My hubs has moves!  Incase you missed Tuesday's Late Night with Jimmy Fallon -- David was a part of the Dance Crew Wars! You are gonna want to watch this.  David is the one in the blue sideways hat that is dancing in the middle of the crew the whole time:

In my opinion... they got robbed... i mean, thy didn't do a flip or anything, but they were better!  David said he'd share his gift card with me!
So how did he get picked??  We just happened to be in the right place at the right time before the show.  They asked us if we were interested, he danced for the writers, and they picked him for a crew.  It did mean that I had to sit in the audience by myself, but I had an awesome seat -- 2nd row!  David & the rest of the smurfz had about 40 minutes to make up their dance and get dressed.  It was hysterical to watch and a lot of fun for both of us.  The show cuts it out in the end, but I got to meet Jimmy too when he ran through the crowd at the end... and since I was 2nd row aisle, I got him to stop for a second and sign a onesie for Magnolia (though it is barely legible). 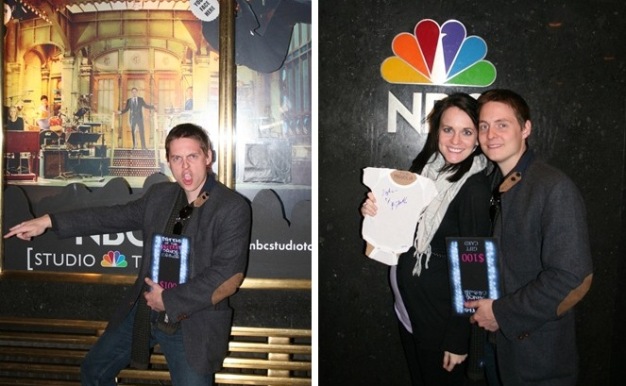 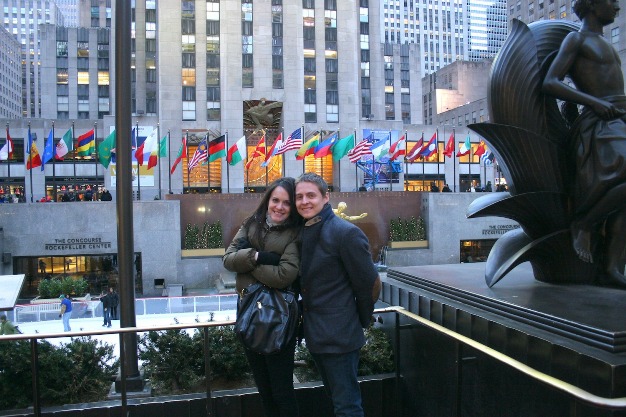 We had way too much fun for our own good!  Back to the daily grind here in Nashville now -- including sorting out insurance from the break in... but, once that is sorted out, we'll be starting on the nursery! So excited.  More NYC pictures next week.  I've got so much to share!

Have a WONDERFUL weekend!